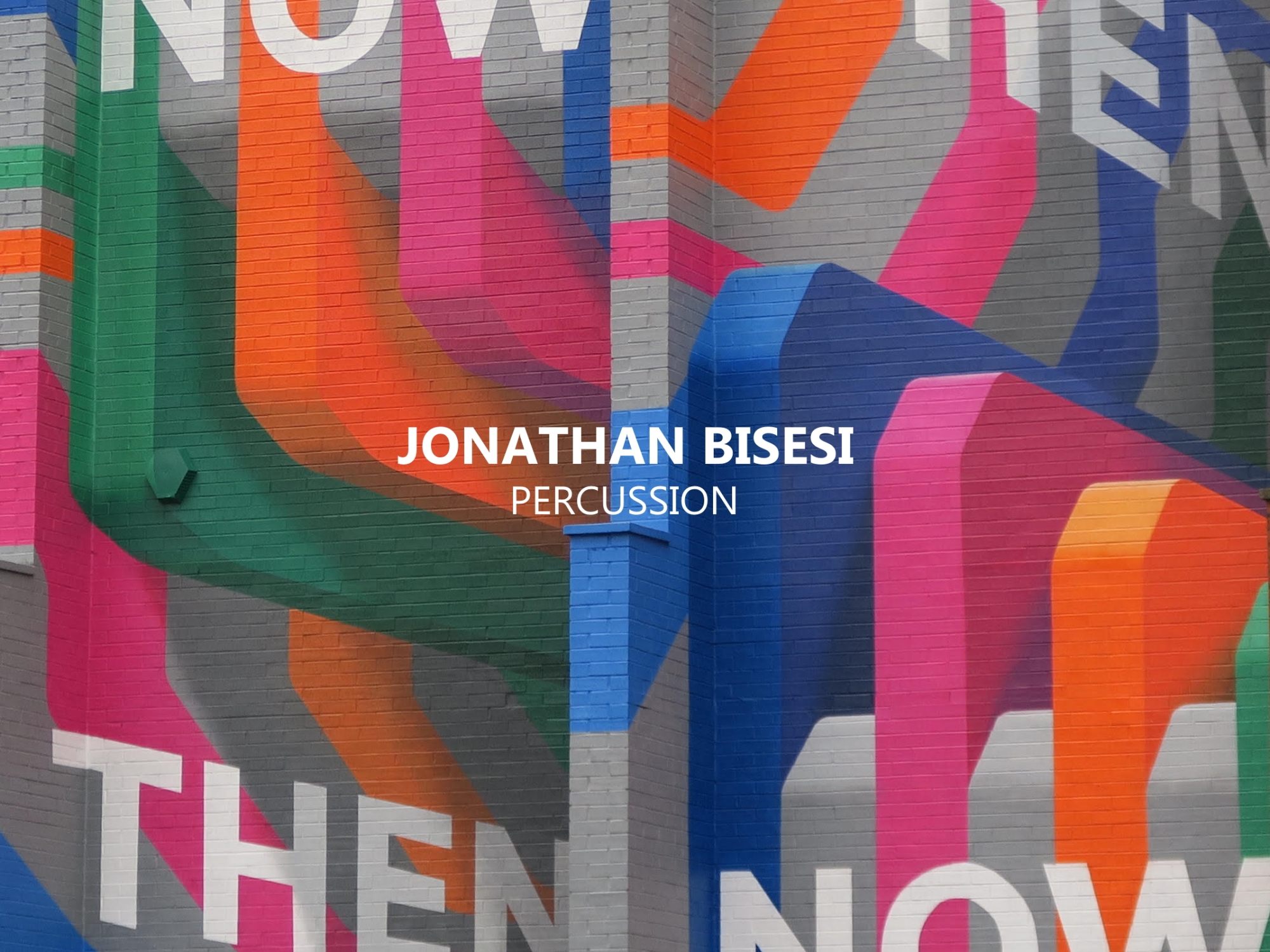 Kevin Volans: She Who Sleeps With A Small Blanket

T o say THEN/NOW was a long-term, all-encompassing, little-by-little, is-this-album-STILL-not-finished, please-move-on-with-your-life, do-you-even-have-that-composers-email-anymore…album, is a massive understatement. Originally conceived in the old basement at the Boston University College of Fine Arts in the fall of 2002, this project has seen audition-after-audition, our move to D.C., the Great Recession, more auditions, the birth of our daughter, even more auditions, three university teaching positions, one international health pandemic and five Presidential Inaugurations. The original tracks themselves have traveled from Boston to Virginia, Virginia to Maryland, and then Maryland to, well, Maryland. They’ve been in cardboard boxes, plastic crates and avoided a water issue in our basement. (THANK GOODNESS!) This project needs to be done. The proverbial THE END is now stamped. It’s time. And I’m thrilled to offer it to you.

Technically speaking, THEN/NOW began to be recorded in Boston, Massachusetts in the fall of 2002, with the production assistance of my dear friends (then and now) Dan Bauch (now of the Boston Symphony Orchestra) and Sam Solomon (now of Boston Conservatory). Two days of recording produced works by Volans, Smith and Sentman. After its hiatus, THEN/NOW was rebooted with a session occurring in Washington, D.C. in the fall of 2019 which produced Paul Lansky’s work. This session was made possible with the assistance of (Marine Bandsmen and dear friends) Chris Clark (recording/mastering/general life-line to all things audio), Chris Franke (Violin) and Michael Hopkins (production). Then a fortunate phone call in the Spring of 2020 led me to a new and wonderful relationship with Stuart Saunders Smith. With his kind words and forward thinking, he inspired me to re-record Links and Links No. 2, and add Links No. 3 to the mix. (Oy!) So, I did. Meghan brought Josephine to Ohio for a week in the summer of 2020; I brought my vibraphone up from the basement into my living room, and recorded these three works.

Joining my “Then” recordings of She Who Sleeps With A Small Blanket and Patchwork with my “Now” recordings of Links, Links No. 2, Links No. 3. and Hop was the most frightening portion of this whole process. Will these like-minded friends play nicely together? To my delight, they do. They fit together perfectly and complete a puzzle I could not have fully mastered; Either Then or Now.

To Meghan, Josephine, Mom, Dad, Mollie, Brandon, Lexie, Brody, Judi, Erin, Dan, Kathleen, and Michael.
During the period of time it has taken me to find the courage and let this part of me go, you’ve answered every call, cooked every meal, packed every box, walked me back from every ledge, challenged me through every argument, and enjoyed every success. Mom says life “takes a Village” and being in your “Village” is the best prize of all. You are everything to me. This fact cannot be overemphasized. You are the reason this album is even possible. You were with me THEN. You are still with me NOW. THEN/NOW is dedicated to each of you with the most sincere love I have in my heart.

She Who Sleeps With A Small Blanket (publisher: Chester Music, Ltd) by Kevin Volans is an intense and dynamic work written for Robyn Schulkowsky. Scored for a pair of bongos, two congas and one kick drum, this piece has often been mistakenly associated with African drumming. However, the only overtly African thing about this piece is the title, which implies ‘she who sleeps alone’, ie. without a lover. Written as a virtuoso showpiece as well as a composition study, Volans explored several different kinds of patterning, the principal one being cross-rhythms in triplets played with two sticks. Its coda contrasts sharply from the works main material, as the performer plays a short and quiet prayer-like passage on marimba.

Kevin Volans’ (b 1949) musical idiom has been shaped by an unusually diverse range of experiences, including studies with Karlheinz Stockhausen in Cologne, Germany, field trips to South Africa to study traditional music, his own involvement with the New Simplicity movement, his collection of contemporary art and African textiles, friendships with composers like Morton Feldman and Gerald Barry, as well as a love of virtuoso piano music which he performs, broadcasts and records. While having an easily recognizable and unique voice, Volans’ music resists compartmentalisation. He is as comfortable working in conventional genres as embarking on innovative collaborations with artists of other disciplines such as novelist Bruce Chatwin, choreographers Jonathan Burrows, Siobhan Davies and Shobana Jeyasingh, and visual artists William Kentridge and Juergen Partenheimer.

Links, Links No. 2, and Links No. 3 (publisher: Smith Publications) for solo vibraphone, were composed between 1974 and 1975. The title refers to the entire structure of the work, in that the end of one composition elides to the beginning of the next-a link in a delicate necklace. Also, “links” in German means “left” in English. The Links Series remains left of the center of the past and current musical languages in which composers have composed and are composing. It is the most physically, melodically, rhythmically, and conceptually demanding vibraphone music yet composed.

“When Stuart Saunders Smith chose the title “Links” for his ongoing series of compositions for vibraphone, he provided us with the most suggestive mode of biographical entry and subsequent inquiry, for his links are not only intra- and inter-compositional, but between and among his vocations as composer, performer, teacher, writer, anthologist, editor, entrepreneur, philomath, and musical activist.”

Stuart Stuart Saunders Smith (b 1948) was raised in Portland, Maine. As a student, his primary teachers were Fred Budha, Al Dawson, Alexander Lepak, Thomas Siwe, Edward Diemente and Ben Johnston. Over the course of his professional career, he has created a diverse and unusual body of musical and literary compositions. Totaling more than 150 works, his music is usually chromatic, atonal, and rhythmically complex, with his pitch material selected in an intuitive manner rather than via the twelve-tone technique. His compositions have been recorded on multiple labels such as New World Records, Ravello Records, and Chen Li. His grants and honors include The Hartt College Distinguished Alumni Award, East/West Artist Award, three Maryland State Artists Fellowships, the National Endowment for the Arts Composer’s Fellowship, Percussive Arts Society Service Award and the Atlantic Center’s Master Artist Award. He currently lives in Vermont with his wife Sylvia Smith-music publisher and percussionist.

Patchwork (publisher: Media Press, Inc.) was written for marimba solo in 1989, and was revised in 1997. The piece is loosely based on simple intervallic relationships, stark dynamic contrasts, and the disintegration of musical material. Following a very short, exposition, and linear first section, the material expands into complex rhythmic variations in phrased groupings and subsequent permutations of [2 – 1 – 3]. Though somewhat developmental, the second section exhibits signs of disintegrating musical material through the use of tremolos and rapid grace-note clusters. The highly interpretative and improvisational elements of the third section starkly contrast detailed notation of pulsating chords of varying rates of speed and length. As the frenetic improvisational elements unfold, the pulsating chords act as anchors of echoing fragments to the musical material from the prior sections.

Hop (publisher: Shawnee Press) written for Marimolin (marimbist Nancy Zeltsman and violinist Sharan Leventhal) in the summer of 1993, is a kind of dance music without a cause. That is, it knows that it would like to dance, but it can’t quite seem to get the idea. More seriously, it is a playful study of the qualities of rhythm and the line of which this combination of instruments is uniquely (and wonderfully) capable.

Paul Lansky (b 1944) received his education from Manhattan’s High School of Music and Art, Queens College and Princeton University. From 1969 until his retirement in 2014, he was on the faculty at Princeton University where he retired as the William Shubael Conant Professor of Music. Mr. Lansky chaired the Composition Department from 1991-2000. In 2000, he received a lifetime achievement award from the Society for Electro-Acoustic Music in the United States and in 2016, he was elected to the American Academy of Arts and Letters. He has received grants and awards from the Guggenheim Foundation, the Fromm Foundation, the Koussevitsky foundation, the National Endowment for the Arts and Chamber Music America.

Roberto Toledo and Kyle Wesloh
She Who Sleeps With A Small Blanket; Patchwork (Boston, MA 2002)

Artwork/mural & photograph by Rob Lee
robleeart.co.uk
@roblee_art
Commissioned by Opus Independents in 2018 in Sheffield, UK to celebrate the ten year anniversary of the magazine Now Then.
nowthenmagazine.com
@nowthenmag